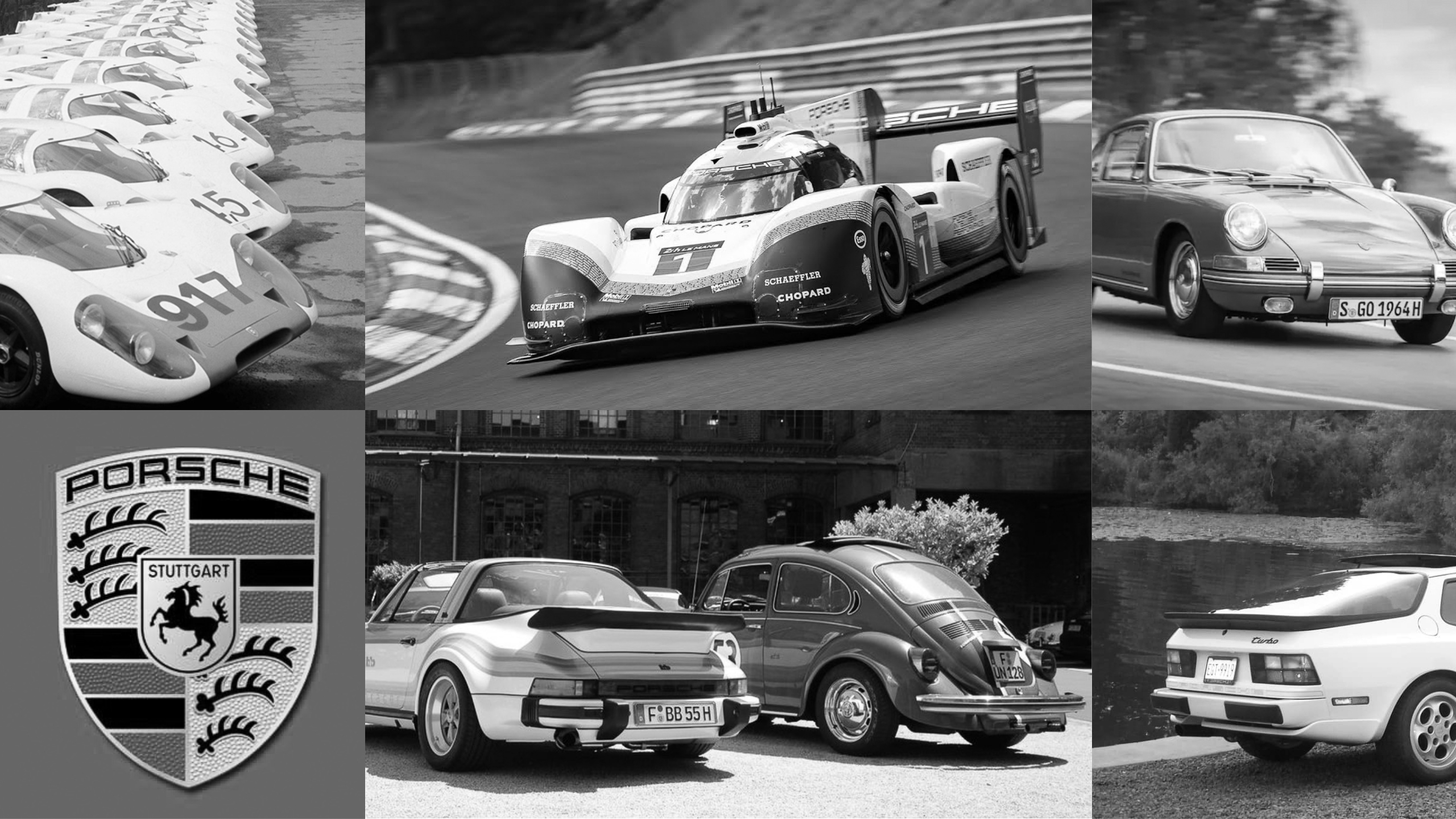 While the 911 was in development it was referred to by Porsche as the 901. When it came time to release it to the world, Peugeot spoke up claiming to have owned the exclusive rights to vehicle names consisting of 3 digits with a ”0” in the middle. Porsche thought a fight would be too much hassle, and opted to simply bump the 0 up to a 1, creating the 911 name we have become so familiar with.

All the way back in 1899, Ferdinand Porsche designed the Lohner-Porsche. It was an electric-driven vehicle with a gasoline engine generator to power the batteries. It never made it fully into production due to the heavy weight and high cost, but it is incredible to look back and see what engineers like Porsche could accomplish well over 100 years ago.

3. Porsche bodies were once made by Recaro.

Now commonly known for making some of the best seats in the business, Recaro used to be a company named Reutter Carrosserie Werke. They specialised in making car bodies and interiors, and was contracted by Porsche to make the bodies for the Porsche 356. By the 1960s, Porsche had purchased the body making portion of Reutter Carrosserie Werke, and the interior manufacturing portion was renamed to “Recaro.”

When Porsche was building the required 25 homologation cars to be allowed to compete in the 1969 International Season. Porsche had all the parts on hand to assemble the 25 required cars, but only 6 assembled. They thought having the parts available and plans to build the cars would be enough, but were told on short notice by the FIA that they would need to have 25 cars running and driving if they wanted to compete. Rico Steinemann, Porsche’s Racing Manager said, “We put together apprentices, messenger boys, bookkeepers, office people and secretaries. Just enough people, taught just enough to put together 25 cars!” In the end, the cars were completed and assembled, and the “Secretary cars” passed the FIA inspection with flying colours.

When you look at the Porsche 356 and the Volkswagen Beetle beside each other, it isn’t hard to see the resemblance. Hitler commissioned the Beetle as the “people’s car” of Germany. The idea was for a car to exist that could reliably and comfortably carry two adults and 3 children at highway speeds for an affordable price. Ferdinand Porsche was tasked with designing the People’s Car and the VW Beetle was the result. His vision was a success, with over 23,000,000 beetles being sold over its 81 year lifespan.

6. Porsche Cars Have Won More Races Than Any Other Manufacturer

From the Nurburgring to Le Mans to the Dakar Rally, it’s hard to find a race without . As of 2016, Porsche cars have won over 30,000 races around the world. That figure has undoubtedly increased in the years since, and will continue to do so.

8. Porsche was an early adopter of airbag safety systems

The 1987 Porsche 944 became the first car in America to come standard with both driver and passenger airbags. This may not sound significant, but this was at a time when people did not consider airbags a necessity, and even a driver airbag was not standard equipment in America. For Porsche to include both as standard equipment before they were mandated was a giant step forward in automotive safety.

9. Porsche Is The King Of The Ring

Porsche currently holds track records for both production cars and race cars at the Nurburgring Nordschleife In Germany. The 911 GT2 RS MR holds the production car record at 6:43.30, and the 919 Hybrid Evo holds the overall record at 5:19.55.

10. Porsche Hung A Car On Their Ceiling

The Porsche 956 makes a lot of downforce. Over 3 times more than the 917 that raced before it, and weighs only 1852 pounds. According to the theory of downforce, this means it could theoretically drive upside down on a ceiling at its top speed of 321.4 km/h. The downforce created by the aerodynamic elements would be stronger than the force of gravity. To represent this, Porsche hung their 956 upside down from the ceiling in their museum in Stuttgart for some time.